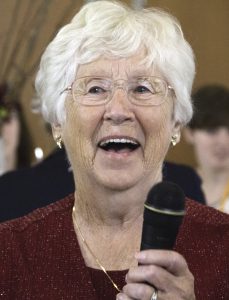 Maree was a beloved wife, mother, grandmother, great grandmother, sister, aunt, and friend during her incredible 89 years of life. She passed away peacefully on November 12th, 2022 in Kamloops surrounded by an abundance of love.

Maree was born in Etzikom Alberta into a very poor farming family. Eventually, due to her mother’s ill health and poverty inflicted on the farmers during the Depression, the authorities separated the family. At five years of age, Maree and her next oldest sister were placed in an orphanage and her other five siblings, placed in foster homes. It was not long after that Maree was adopted into the Bromham family from Edmonton, where she spent her childhood years. She was popular, a strong student and athlete thanks to the love and kindness from her adopted family. In 1985, after 47 years Maree was reunited with her biological family. Maree spent many years thereafter reacquainting herself with her new-found siblings that she had missed so dearly. She carried a lot of emotions from her early years but found a way to share her experiences through writing. Her story has been published in the Chicken Soup for the Canadian Soul and will remain one of her family’s most prized possessions for generations to come.

In her late teens, Maree’s adopted family moved from Edmonton to Victoria, and this is where she met Leo.  She was working as a practical nurse; Leo was in the Navy and it was love at first sight. In honoring the memory of Maree, one cannot overlook the importance her relationship with Leo played in her life. From the sweetness of their first dates in Victoria, they shared love, laughter and tears through a long and full life together.

After raising five dynamic and energetic children and getting them started on their own paths, Maree began to expand her own world by completing a diploma in Early Childhood Education. This diploma would come to provide a career through which Maree was to influence many young lives. Even into her final years, she regularly met students she had trained and children and families from her daycares. She always remembered their names and joyfully recalled stories of their experiences together. Maree shone in many facets of her private and public life including the years spent serving as a member and leader with the Williams Lake Lionesses.

Maree and Leo shared an adventuresome spirit and enjoyed travelling the world to visit their children and living in many BC communities. Their most cherished place was their home overlooking McLeese Lake. This was the home where her growing family gathered, grandchildren explored and formed fond memories of gardening, camping, fishing, crafts and cooking. Maree and Leo eventually settled down in Kamloops to be close to family. There was little time that passed when they were not surrounded by two to three generations of their family.  Maree and Leo’s greatest pride was their large and loving family.

There will be a gathering of the family and friends in June 2023 to celebrate the life and memory of both Leo and Maree.

The family wishes to send a heartfelt thank you to the staff of The Hamlets at Westsyde “for their compassionate care of Maree.” 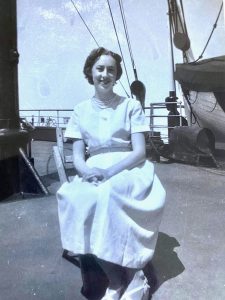 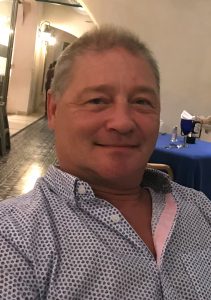 It is with heavy hearts that we announce the passing of Roger Stephen Larose. Roger passed away at Royal Inland Hospital on November 20, 2022 at the age of 54. He was born in Noranda, Quebec and moved to Kamloops at age 9. Roger married his wife and soulmate, Sharon, in 2003. He worked as a courier in Kamloops for 28 years. Roger will be remembered for his sense of humor, generosity, kindness, and fun-loving spirit.

As Long As Hearts Remember

A Celebration of Life will be held for Roger in Kamloops early in the new year. 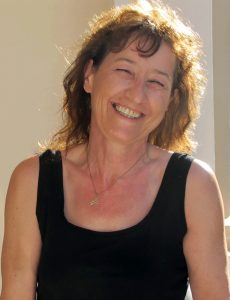 It is with heavy hearts that we announce the passing of Kathleen “Kathy” Clarke-Nelson. Kathy passed away on November 18, 2022, at 65 years of age. She was born in Espanola, Ontario. She moved around Ontario as a child, before moving to the Yukon as a teenager. She then moved back to Ontario, then moved to BC as a young adult. British Columbia was her home throughout her adult life. Kathy married her husband, Chris, in 1984 and became a mother in 1994. Kathy worked at SD73 as a custodian and retired in 2012. Kathy will be remembered for her generosity, her love of music, love of family and friends.

She is survived by her husband Chris Nelson, her daughter Christine Nelson of Kamloops, brother Michael (Suzanne) Clarke of Calgary, and sister Joyce Clarke of Kamloops. She is predeceased by her mother Edna Clarke, her father Edgar Clarke, her sister Beverly Ruis, and her brothers Glenn Clarke, Jim Clarke, and Tom Clarke.

A Celebration of Life will be held for Kathy in Kamloops in March of 2023.
Special thanks to Kamloops Hospice Association for their dedication and kindness towards Kathy. 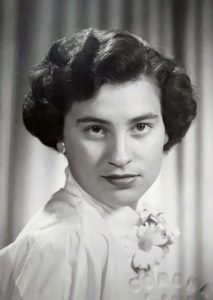 It is with great sadness we announce the passing of our beloved mom, aunty, grandma, and great grandma, Joyce Mary Louise Neis. Joyce is survived by her brother; Gordon (Nat) Mitchell, her seven children; Shirley (Robert), Leo, Edward, Bertha (Roger), Agnes, Angeline (Philip), and April. Joyce is also survived by her many grandchildren and great grandchildren who loved her dearly. She was a faithful member of the Our Lady Of Perpetual Help Parish with her beloved husband Clarence Neis. Both Clarence and Joyce were greatly fond of Father Peter and the OLPH family. Joyce was a donor too many different charities around Kamloops and her giving heart knew no bounds. Joyce was a beautiful person inside and out. Not only was her home always a safe welcoming space for friends and family, but Joyce herself was always willing to lend a helping hand or ear to anyone who needed love and support. She will be remembered for her never ending kindness, delicious home-cooked meals, and beautifully unique heartwarming love that only Joyce could offer.

Prayers will be recited At 7:00 PM, Friday, November 25th OLPH Church, 635 Tranquille Rd. The Funeral Mass will be held at 1:00 PM on Saturday, November 26th at OLPH church. Celebrant, Reverend Father Peter Nguyen. A further celebration of life will be held in August of 2023 with details to follow. 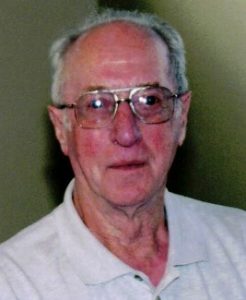 We are heartbroken to announce the passing of Robert (Bob) Edward Taylor of Kamloops, who passed away peacefully on November 14, 2022, at 98 years of age. Born in Sedgewick, Alberta, Bob came to British Columbia in early 1935 with his grandparents in a covered wagon in his pre-teens, settling first in the Slocan Valley, Chase Creek, and then Malakwa, BC. He enlisted in the Air Force, was stationed in Dartmouth where he met Nina.  They married on the family farm on PEI.  After WWII ended, Dad had money from his soldier’s settlement fund, and bought a small farm with Nina in Malawka, across the road from his grandparents. Mom worked on the farm and dad worked at logging and driving trucks and a gravel crusher. Dad had many talents and later worked for Canford Lumber as a log scaler and with the job brought a move. His daughter, Shirley, was born in Salmon Arm, BC in February 1947. Sandra followed shortly after and was born in Kamloops, BC in November 1948. Janice was born in Kamloops, BC in April 1950. Kamloops was our home for twenty years. Dad and two partners briefly owned a small sawmill. Dad worked for H&K Lumber until the summer of 1956. From there, he worked selling sawmill and logging equipment for different companies, travelling throughout the interior of B.C. In August of 1969, Dad went to work for Weyerhaeuser Canada in Vavenby, BC. During this time Dad also designed a sawmill and built one of the first log splitters.  Dad and mom moved to Clearwater and bought a house. While in Clearwater, Dad was very active in the curling club and with the community. He “retired” in October of 1984. Soon following that, Dad became a parks maintenance contractor at Mahood Lake and Bridge Lake. In 1986, Bob and Nina moved back to Kamloops where Dad continued to be very active in curling and slo-pitch well into his mid 80’s. In July of 2006, our beloved Nina passed. Dad and Anne reconnected and as a couple, were able to travel and share a good life until Anne passed away in October of 2017. Dad loved Kamloops and happily spent many hours at the cabin he built in 1962 at East Barriere Lake.

“Remember the hydro plane, dad”. Love you and miss you. There’s a huge hole in our hearts.

Viewing will take place at 12pm on Monday, November 28, 2022 in the Rosewood Room at Kamloops Funeral Home, 285 Fortune Drive. A Graveside Service will follow at 1pm in Hillside Cemetery, 750 Notre Dame, with Pastor Don Maione officiating. A Celebration of Bob’s Life will take place at 2pm in the Kamloops Curling Club, 700 Victoria Street.

The family would like to offer a specials thanks to Gemstone Care Centre. Flowers gratefully declined.  If friends so desire, memorial donations in Bob’s name may be made to a charity of your choice.