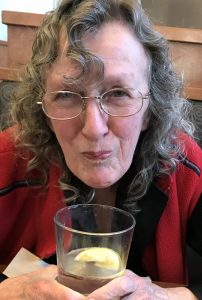 With heavy hearts, we announce the sudden passing of our Dear Sister and Aunt.

With many occupations, this self-taught woman of numerous skills, was most at home in nature, enjoying photography and painting, wildlife and her pets, including a broken-winged crow she cared for named Blacky.

This spirited lady, with a heart of gold, left family and friends much too early! She is deeply and sadly missed!

A Celebration of Life for Beverley…
to be announced at a later date. 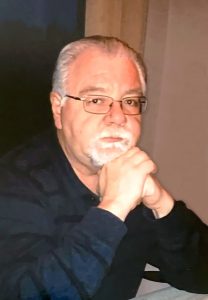 With his wife Linda at his side, it is with a heavy heart that we announce the passing of Bruce at the age of 63, after his courageous battle with cancer.

He is predeceased by his son Mitchell and his parents Frank and Darlene. He leaves his wife Linda of 42 years, daughter Jennifer (Kevin) and grandchildren Eden (Kody), Cole, Seth, Jude, Liam, Jacob and Leo. Also, his three sisters , Laura, Debra and Milly, along with his nephews Chris, Eric, Jamie, Matthew and Jeffrey.
in-laws Andy and Edna, brother-in-law Dale (Trudy) and sister-in- law Pamela (Lee).

Bruce is well known for his love and passion of the outdoors, spending time with cousins and friends, hunting, and fishing. Bruce worked for the City of Kamloops as a Utility Supervisor. He was  hard working, fair and well respected by those who worked with and for him.

A special thank you to Dr. Paul Farrell and the many caring and compassionate staff at the Kamloops Hospice.

A Celebration of Bruce’s Life will take place June 25th at 1pm,
at the Kamloops Full Gospel Church at 1550 Tranquille Road with
Pastor Carey DeJong officiating.

In lieu of flowers, donations in Bruce’s name may be made to the Kamloops Hospice Associations. 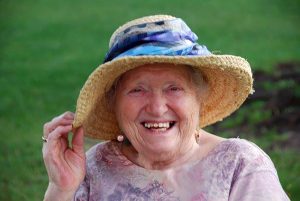 Our beloved mother has passed away on Saturday April 16th.

She is survived by three of her children Nick, Lavon and Shawn. Her daughter Eileen sadly passed before her. She also leaves behind six grandchildren.

Mom loved life and had many varied interests and excelled in anything she took on. She will be missed by her family and many many friends. There will be a small get together at 1835 Greenfield Ave on Tuesday from 10 to 12. All friends are welcome. 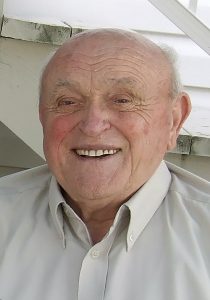 It is with profound sadness that we announce the passing of loving husband, father, grandfather, uncle, and friend, Pietro (Pete) Bittante on April 20, 2022. Pietro passed into the arms of our Lord with his close family around him, after a brief illness.

Pietro Fortunato Bittante was born on November 25, 1932 in Coste di Maser in the Italian province of Treviso. He was the eldest of seven children born to Alberto and Maria Bittante.

Pietro is survived by his loving wife Elsa of 61 years and his 5 children, Agnese (Mike), Renso (Laura), Roberto (Jana), Gianni (Leah), and Michele (Celine), his 15 grandchildren, many cousins, nieces, nephews, and his sisters, Rina and Luisa, and brother, Armando (Lucia).

Pietro made the decision to start a new life in Canada and travelled here in 1956, following his uncles Carlo and Narciso, where he built his life-long house and home in Kamloops, British Columbia. He had met Elsa (née Foscarini) in Italy, but it was only after several years of exchanging letters that he saved the money to send her a ring, and she joined him in Canada, where they were married on July 16, 1960. He was eventually followed to Kamloops by his brother, Arturo and his sister, Luisa. He is predeceased
by his parents, his brothers, Iseo, Arturo, and Luigi as well as his sister-
in-law, Angela, his brothers-in-law, Bruno and Mario, his uncles, Carlo and Narciso, his aunt Pierina and his niece, Caterina.

Pietro enjoyed 28 years of retirement after spending 27 years working for the City of Kamloops. His retirement years were filled with family, gardening, fishing, woodwork, and more recently crafting rosaries for schools, prison inmates, and various Catholic organizations. He was a member of the Knights of Columbus, and a long-time member of
Our Lady of Perpetual Help Parish in North Kamloops.

He will be remembered forever in the hearts and memories
of his family and friends.

Special thanks to the first responders, staff at Royal Inland Hospital,
and the staff at Trinity Care Hospice, where he spent his final hours.

In lieu of flowers, please send donations to Trinity Care at
953 Southill Street, Kamloops, BC V2B 7Z9 in memory of Pietro.

The funeral mass will be live streamed at:
https://www.youtube.com/channel/UCcbvQhAHdtNIBRVBRalwJtQ.
Click on Bittante to watch the funeral mass 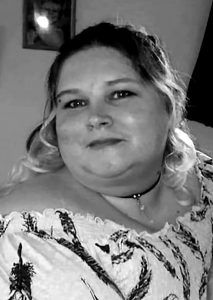 Casey Marie Johnston passed away April 7, 2022 at Royal Inland Hospital with her family by her side. She was born March 20, 1979 to her parents Grace Johnston and Frank Leland.

Casey had a knack of making people laugh. She loved Karaoke and spending time with family and friends.

A special thank you to the Fryer Family for all their support.  Special thanks to Kenny Fryer for being there and never leaving her side. Our Family can not thank you enough.

A Memorial Service will be held, Monday, May 2, 2022 at 11am in
the Kamloops Funeral Home (285 Fortune Dr), followed by
refreshments and coffee. Please join us to celebrate Casey’s life.