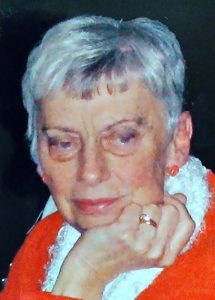 Bonnie wondered, as she stood in her rubber boots in the pig pen, how she ended up on a ranch.

The daughter of a father who was B.C. Police and then with the Game Dept., meant that she, her brother Dennis, and sister Sandy never stayed in any place for long. Yet this RIH nursing grad was now rooted: walking through manure, taking it all in, and loving her new life at Pinantan Lake. Her marriage to the lanky Garfield Hines would result in three boys (Brian, Dan and Darren) and an eventual move away from the ranch into Kamloops.

Her vocation and her nature were one. As a compassionate community nurse for many years, she was also a skilled mentor for younger nurses. Witty and warm, yet with a bright sadness and a persistent struggle with her hidden regrets, she dedicated her life to serving others. This continued into the years beyond her working life, as she volunteered at hospice and in pastoral care for her church.

Her favorite place was their simple cabin at Neskonlith Lake and enjoying time with her three grandchildren: Skye, Ali and Sarah. Bonnie’s faith was in the Spirit who guided her and her devotion was in studying the Bible for sustenance and grace. It gave her the quiet reassurance to gently release herself in the early morning hours into hands of mercy. As her body began to break down, she was ready for this freedom.

We will gather to celebrate her life at 1:00 pm on Saturday, November 26, 2022 at the Centennial Chapel Free Methodist Church at 975 Windbreak Street in Kamloops, BC. A tea will follow the service. 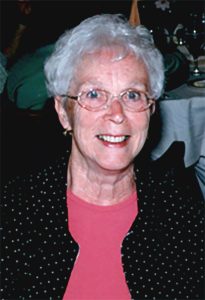 It is with great sadness that we announce the peaceful passing of Alice Elizabeth Shannon at the age of eighty-two, on October 24, 2022.

Alice was born on January 2, 1940 at her childhood home in Hamilton Ontario, the second child to Arthur and Lena Bruton.  Alice grew up in a quiet neighborhood with her sister, her parents and was close to her many aunts, uncles and cousins.

After leaving high school, Alice traveled the world for several years, traveling to Europe, the Caribbean and the North of Africa. Alice settled in Australia and New Zealand for several years before returning to Canada.

Alice started her family in 1965 with her first husband Mel Gregory and then gave birth to her son Mark. Alice later met and married Sam, her husband for fifty-four years and had two more children, Michael and Peter. Alice and Sam moved from Hamilton, Ontario to Calgary, Alberta and then settled in Kamloops, British Columbia where they bought their family home which they were both proud of. Along with raising a family Alice never stopped her love of traveling and continued to do so with Sam over the years, visiting Europe, South America, vacationing in South Carolina and returning to Australia as well as New Zealand.

Alice was predeceased by her mother, father, sister, and her husband of fifty-four years, Sam, who passed away earlier this year at the age of eighty-five. Alice is survived by her three sons Mark, Michael and Peter.

Alice will be remembered as being a great mother, and the most dependable person you’ll ever meet. Alice was a true kind soul and loved her animal friends until the last days.  A private service will be held by family for both Sam and Alice at their wishes.

In lieu of flowers, donations can be made to the Society for the Prevention of Cruelty to Animals (SPCA). 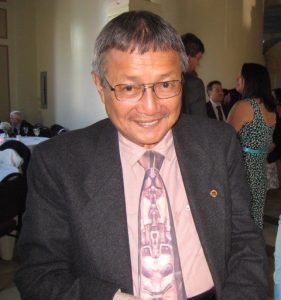 Thomas, age 73, passed away at Royal Inland Hospital in Kamloops on October 17, 2022.  Tom was born and raised in Kamloops and graduated from Kamloops Senior Secondary School. Tom worked at several liquor stores around Kamloops and was happy assisting customers find that special bottle of wine for that special occasion.

Tom was a respected member of the Little Shuswap Lake Indian Band.

The simplest things pleased Tom, he could be seen walking up to catch a photo of the morning sunrise, riding his bike around town from Tranquille, to out past Campbell Creek. Tom could be found at his thoughtful spots reading and enjoying a beverage. Occasionally a shrill whistle from Tom would catch your ear, to have a quick chat to catch up with family and friends. There will be an open mic, come prepared to share your Tom stories.

Sundays were spent hiking the outdoors around Kamloops with friends and enjoying a nice picnic.

Come to Kamloops Funeral Home, 285 Fortune Dr., at 10:00 am on Tuesday, November 8, 2022 to reminisce and celebrate Tom’s life… share hiking, biking, foody stories or to chat. Following the Service, Tom will be taken to Tappen, BC to be laid to rest. All are welcome to join. If you are not able to attend the service, join us online through virtual stream: https://www.ipcamlive.com/5f98c1fdc1e47
Please call the Kamloops Funeral Home Wednesday, November 3 and we will provide the access pin for Tom’s service, 250-554-2577.

Donations to Kamloops Food Bank, Canadian Cancer Society, or Canadian Arthritis Society would be appreciated by the family. 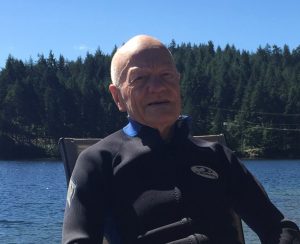 Paul Prehara passed peacefully on October 16th, 2022 at the age of 93, surrounded by his loving children at his side.  Paul was born in Coalhurst, Alberta on November 3, 1928 and resided in North Kamloops on Maple Street for nearly 89 years.

He is survived by his children David (Terry) Prehara , Michael Prehara (Sue Threlkeld) of Kamloops and Debbie Miller (Harry Cole) of Campbell River, grandchildren, great grandchildren, nephew and nieces.  He was predeceased by his sister Christine Schmidt in 1987 and his brother George Prehara in 2006.

You would find Paul carving the slopes of Todd Mountain/Sun Peaks from the year the mountain opened in 1961 to February 2020 (92 years of age), and water skiing on the Thompson River during the summer months.

Paul was baptized as a Jehovah’s Witness in October of 1969 and served Jehovah faithfully until his passing.

The family thanks the nurses and doctors at Royal Inland Hospital for their caring of Paul during his short stay.  We also would like to thank Kevin Batdorf for his help and support to Paul and his family during this difficult time.

There will be a Celebration of life November 5, 2022, 2 p.m at the Jehovah’s Witnesses Kingdom Hall located at 270 Leigh Road, Kamloops, BC. 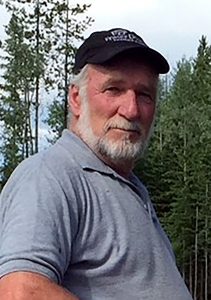 In Loving Memory of Don MacKenzie

It is with great sadness that we announce the passing of Don MacKenzie on October 16th 2022 at the age of 75 with his family by his side.

Don was born in Meaghers Grant County, Nova Scotia on December 11th 1946, he was the fifth out of ten children.  Don had a dream to come west from Nova Scotia in his early teens which became a reality in his late teens.  On his initial journey throughout BC he fell in love with Kamloops and decided that’s where he eventually wanted to throw down roots.

After his initial tour of the west, he returned to Nova Scotia, working at various places, when he was reunited with his high school sweetheart Brenda Conrad. They were married in 1968 in Dartmouth, Nova Scotia and in 1969 Don made his dream come true and moved to Kamloops BC to start his new life.

Don worked a few jobs in Kamloops through the earlier years finally finding his place in the construction trade. Don worked in construction as a labourer and site foreman until he decided to start his own construction contracting company in the mid 1980’s, which he worked at until he retired in 2019 at the age of 73.

Throughout his life Don enjoyed many hobbies including: fishing, hunting, camping, quadding and gardening to name a few.  Don loved having his family around and loved to make everyone laugh with his unforgettable stories and his larger than life sense of humour, quick wit and constant comical tormenting of his family and friends.

Don was also very caring and kind and always made himself available to lend a helping hand or hand up to anyone who needed it.

Don will be loved and never forgotten by the people whose lives he was fortunate enough to touch.

Memorial donation can be made in his name to the Heart and Stroke Foundation.

If you knew Don and he touched your life in some way, please join us to remember him in the Kamloops Funeral Chapel, 285 Fortune Drive on Saturday, November 5, 2022 at 11am with Pastor Don Maione Officiating.