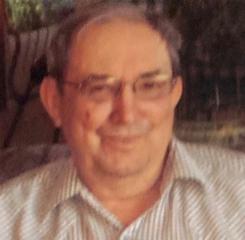 Albert was born to Alfred and Sophie Torgerson November 3, 1937 in Chelan Saskatchewan. He was the eldest to three siblings, Melvin, Margaret and Sadie. At 17 Albert left the farm and migrated west eventually to Victoria where he became a Sawyer with the IWA and met his wife Laura at a local dance. Albert and Laura had two sons, Brian and Barry. Albert then moved the family in 1971 to Kamloops to work as a Sawyer for the Savona sawmill.

Albert took an early retirement at 55 when the sawmill shut down.  Along the way, Albert and Laura enjoyed numerous camping trips, cruises and driving the Oregon Coast to California to visit relatives. Albert was pre-deceased by Laura in 1999, brother Melvin in 2011 and son Brian in 2017. He is survived by his son Barry and Daughter-in-Law Sonia, two sisters Margaret (Carl), Sadie (Charlie), numerous nieces, nephews and cousins. He is also survived by the best neighbors of 50 years (Kay and Mel Stanley), of whom, were always considered family. Albert had many friends through social clubs and I can say that dancing was his thing that made him the happiest so I thank you all for that final dance of his. I also thank Dr. Hiebert and all the nurses of the RIH 6th floor for the impeccable treatment and compassion shown to my father.

Condolences may be sent to the family from www.kamloopsfuneralhome.com