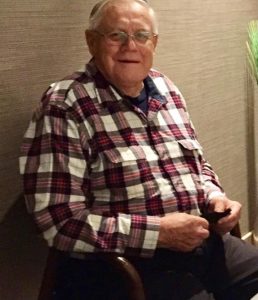 Tony will be sadly missed by family and friends, his contagious smile and
sense of humour will always be remembered. He drove logging trucks,
self-employed, hauling for Balco and Toyko in Merritt and Kamloops, BC,
retiring at 65 years old. Son Brad Blackburn bought out the company,
Blackburn Trucking Ltd., to keep the legacy going for 52 years. Tony then
went to work with his son in-law Bob Strate, at Delta Irrigation. Tony and
Joyce spent many happy days travelling in their motorhome, and spending
quality time with their children and friends.