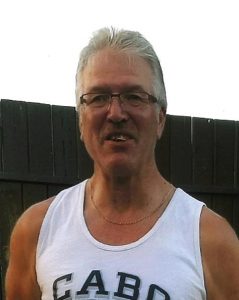 Donald “Don” Henry George Scheffler, suddenly passed away at home on Saturday, August 3rd 2019. Predeceased by his father Otto, July 6, 2011, and his brother Wes, April 18, 2016. Survived by his wife Debbie of 38 years, his son Jonas and his two daughters Zoe and Arabella; his son Justin and his wife Megan and their son Lucas; his son Jayden and his wife Kim and their sons Camron and Logan; and his daughter Janine. He is also survived by his mother Joan Scheffler and brothers David, Kelvin, and Tim and many aunts, uncles, cousins, friends, and biological mother Shirley Jurgens.

Don was born in Kelowna on July 14, 1957, grew up in Williams Lake, met his wife in Calgary, and settled in Kamloops, where he raised his family. He was a self-employed trucker where his first priority was to provide for his family. Don loved camping and spending time with his children and grandchildren.