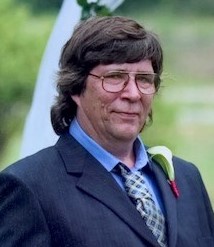 Born in Ashcroft, BC to Engar and Claire Sandback; he was the youngest of four children. He was raised on the ranch in Forest Grove where Engar’s parents homesteaded in 1918. Steven graduated from Peter Skene Ogden High School in 100 Mile House, BC. He continued his education in trades and became a skilled Red Seal Millwright, a job he cherished until his retirement in 2019.

Steven moved to Kamloops with his family in 1993, which became his home until his passing.

Steven’s ashes will be buried in private at the Forrest Grove Cemetery at a later date.