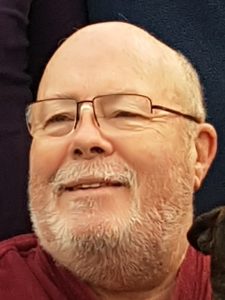 It is with sad hearts that we announce the passing of Dave on February 10, 2021 after a brief battle with cancer.  He was born on March 6, 1953 in North Bay, Ontario.  Dave moved to Kamloops with his family in 1967, where he has resided since.

He was a member of the IBEW Local 993 for 40 years. He was involved with KYSA and spent many years coaching his sons’ soccer teams. He enjoyed, curling, fishing, golfing, and camping with family and friends. Dave loved a good party, good scotch, good conversation and always had a joke to tell.

Much gratitude to all the doctors and nurses on 7 North and Emergency who cared for Dave during his final weeks.

Dave’s wishes were to be cremated. A celebration of Dave’s life will take place at a later time when friends and family can gather safely.