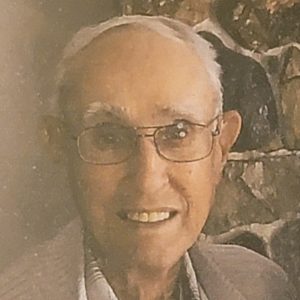 Francis Todd Fraser “Ink” passed away quietly in his sleep Sunday night September, 26 2021, in his home at the south end of Adams Lake. Frank was the last living son of David and E. Jessie Fraser. Frank is survived by his wife of 65 years Patricia Jean Fraser, his son William Fraser, five grandchildren – Carson, Colleen, Brian, Lucas and Brittany, and ten great grandchildren – Anika, Jaycen, Cianna, Kira, Taylor, Brendan, Jada, Kingston, Carter, and Decklyn. Funeral services will be at the Sacred Heart Catholic church in Chase, Saturday October 9th at 12:30pm, followed by a prayer service at the cemetery in Celista. Frank was born at Adams Lake, and raised at Squam Bay. He went to school in Vancouver and became a marine engineer. Frank married his true love Pat and served on coastal tugboats. With their young family, Frank and Pat moved to Adams Lake to work with the family tug boats, eventually taking over the business. Frank retired in 1996, and restored old motor vehicles. Frank became a float plane pilot and was amazing at the art he exhibited with a fly rod. Frank worked hard in the community, from managing the water works to plowing snow. His wealth of local knowledge and history, with a flare for story telling, will leave good memories for so many. Frank, known as “Ink” to his many friends, will be missed.