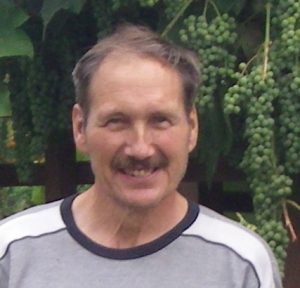 Alexander (Sandy) Bodden passed from cancer at the Hamlets of Westsyde at age 70.

Sandy is survived by his brothers Michael Bodden of Williams Lake and Ken (Brenda) Bodden of Edmonton and his aunt Betty Dillabough of Ashcroft.  He was predeceased by his parents Jessie and Hally, and his brother Ian.

Sandy was born in Kamloops where he spent the majority of his life.  From early childhood his life was influenced greatly by family and a love of the outdoors.  He worked as a labourer in sawmills and in general roofing and construction but it was his many years at Willow Ranch as a cowboy that were his most rewarding.  He lived an quiet life with a strong attachment to the outdoors, as well as community and church (volunteering with the Mt Paul United soup kitchen).  His interests included gardening, hunting and fishing. Sandy’s smile was the portal to a quiet, gentle man who will be missed by those fortunate to know him.

After caring for Hally for many years, his final years were spent in Lilac House where he became part of the special Thiessen household build on love and caring. Mick and Ken wish to thank the special care Sandy received from the medical and care staff at the Hamlets who made his last few months comfortable.

A decision on final memorial services will be deferred until after covid restrictions are after at Mount Paul United Church, 140 Laburnum St. Kamloops.

If desired, memorial tributes may be made to the Canadian Cancer Society.

Condolences may be expressed to the family from www.kamloopsfuneralhome.com